At the risk of sounding incredibly cliché, I was in fact living the dream. Traveling weekly to European destination cities, living expense free and getting paid quite nicely to play the sport I love…life was good. Really good, and I couldn’t have imagined it any other way. 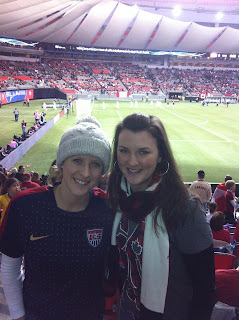 But inevitably, I hit the proverbial wall. Waking up early in Spain one morning, I finally realized I was done. This was no longer my dream – it was a nightmare. I didn’t want to go to the gym. I didn’t want to lace up my basketball shoes. I didn’t want to touch a ball. After a 20 plus year love affair with Spalding, the thought of shooting one more jumper made me feel ill. I wanted to go home. I wanted to see my friends and family. I wanted to be surrounded by the people I loved.

Toughing out the rest of a long, unhappy season and fulfilling my contract obligations, I was finally on a plane back to the Pacific Northwest. It was then that I realized I had completed my final season as a professional athlete. And oddly enough, I was at peace.

Once landing back on the right side of the world, I didn’t touch a ball for close to 2 months. I’d had a lifetime of basketball in my 26 years and was ready to start the next chapter. After spending summers working as a personal trainer, coaching, planning and organizing various tournaments and events, it was time to get a ‘real job.’ Being choosy in regards to my field of interest and expertise, I wasn’t going to accept any position. It had to be the right fit.

Enter UBC. If there were two skills I’d encourage young adults to focus on today they would be networking and confidence. Education and work experience are important and matter, but you’d be surprised at what self-confidence and networking can do for you. They can open doors you didn’t even know existed. If it wasn’t for my self belief and the networking tools I put to use, I can honestly say I don’t think I’d be holding the position I have today; a position I’m quite fond of. 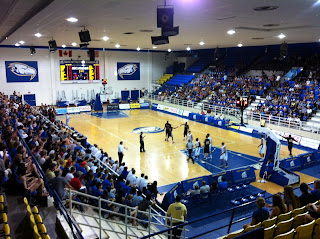 That being said, it’s been a transition. Though I’ve gone back to playing basketball at a high level (I play on an elite semi-pro team based in Seattle that competes in two US National tournaments every summer), it will never quite be the same as playing in front of 4,000+ purple clad fans at the University of Washington, celebrating close victories with my teammates, enduring agonizingly satisfying 2-a-days during the preseason, lifting absurd amounts of weights or hitting game winners. There are a lot of things I miss about playing college and professional basketball, but there are a lot of things I'm happy I have moved on from.

Having spent no more than 2 months at a time in Vancouver since 2003, every day brings its new adventures and challenges. I’m reconnecting with old friends and meeting new ones. I’m paying taxes, monthly bills and am finally realizing the reality of being a ‘grown up.’ I miss my best friends in Seattle and the carefree lifestyle of Europe, but Vancouver has been nothing but good to me thus far.

Thanks for the new post Bre. Glad to hear you are doing well and happy. We've never met, but your parents might remember me. We talked a few times when your grandparents came to your UW games as we sat right above where your grandparents sat. Elaine

Thanks for the note Elaine. I will definitely say hello to my parents. I'm thinking about starting up the blog again - but want to make it relevant and interesting. Still trying to find a new niche. If you're at the alumni game on the the 26th - I'd love you to introduce yourself! Go Dawgs!

This post is gonna attract more people.
Very much informative content indeed.
Is it possible to find more updates?
Cheers!
Oh yes! If anybody like you, are interested to read more about this topic, can do it from the link’s been inserted. Thanks!